On December 17, 1903, at Kitty Hawk, North Carolina, the Wright Flyer became the first fully documented,
powered, heavier-than-air machine to achieve a controlled, sustained flight of 852 feet for 59 seconds.
Two years later they had developed a real airplane which they patented in 1906 then became patent trolls
for the next 11 years claiming they had a patent on flying.
There were lots of skeptics and a cool reception from the public, so they went to Europe in 1908 and
became rich and famous. Maybe because the Europeans knew war was coming.

So who else was playing with aircraft prior to WW I, The War To End All Wars. 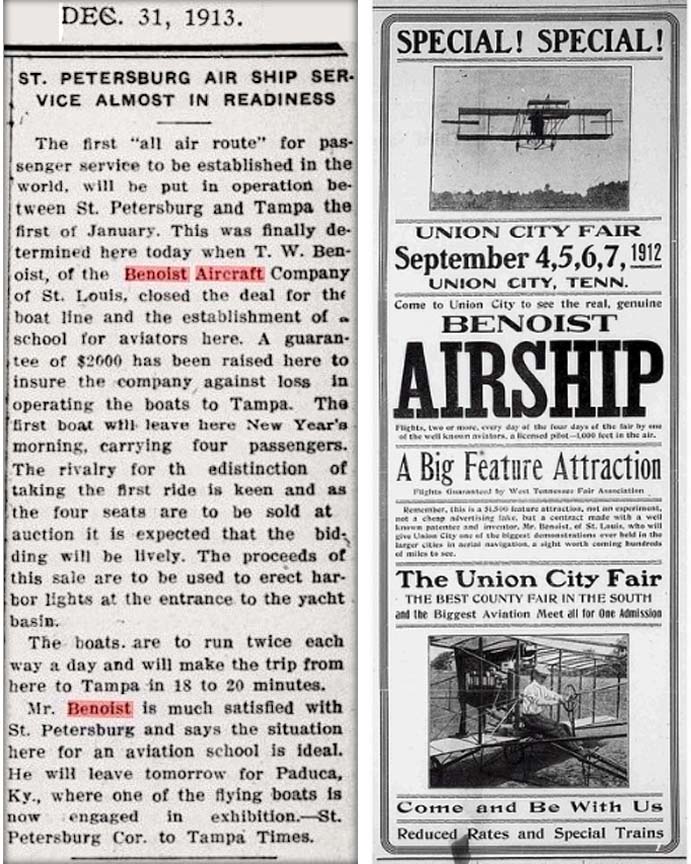 One was Tom Benoist who founded Aeronautic Supply Co in 1908, the first supplier of aircraft parts. 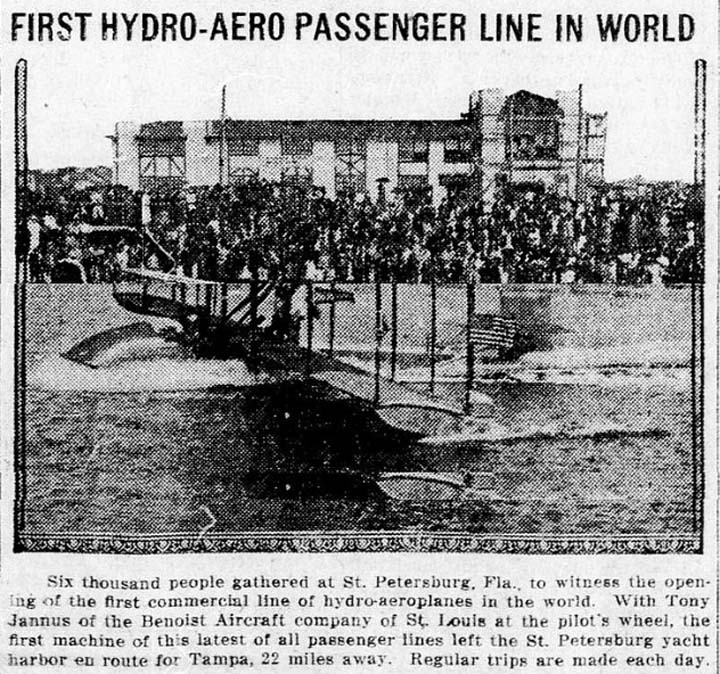 Built his first plane, the Benoist Headless (sounds like a prop warning) in 1910.
In 1912 came 6 Tractor (prop pulls the plane) Biplanes.
Then in 1913 the Benoist type XIV flying boat made a splash. Boom tish, try the Veal. 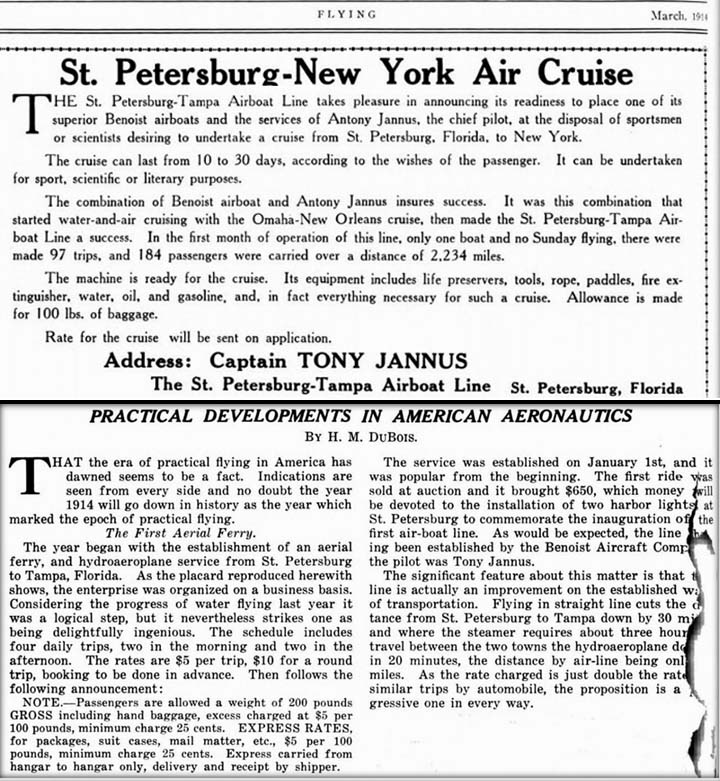 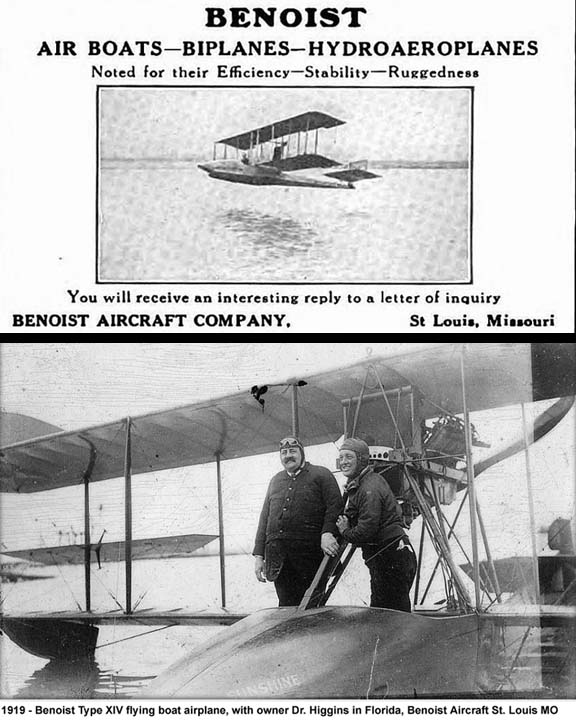 Killed by an aircraft in a spectacular flaming spiral?
Nope, a streetcar.

Prolly looking up at an aeroplane...

Here is a neat webpage about Benoist:
https://scripophily.net/benaircomrar.html

Lot of history at that link as Benoist and Jannus did a lot of world's firsts.